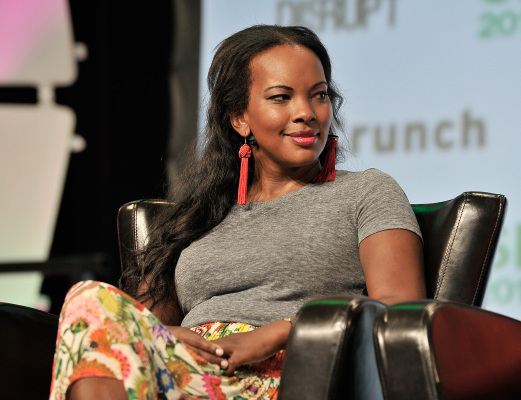 TechCrunch virtually sat down with venture capitalist and Cleo Capital managing director Sarah Kunst at our latest Early Stage event last week. Kunst joined us to chat about preparing for raising capital in today’s frenetic fundraising environment, digging into the gritty mechanics for the audience.

Cleo Capital invests $500,000 to $1 million into early-stage startups, with portfolio companies that include mmhmm, Cameo and StyleSeat, among others.

Next, a few favorite excerpts from the chat, starting with Kunst’s notes on how to make a killer pitch deck. Questions from the audience helped direct the conversation, so I’ve tried to select themes that came from y’all. We’ll also explore advice regarding incorporation, how to find a co-founder and when startups are too large to join an accelerator. (Quotes lightly edited for clarity.)

Before we get into key points from the conversation, here’s a rundown of links that Kunst discussed that I promised to include in this post:

How to make a great pitch deck

The good news is it is free and easy to make a non-ugly deck. It is not 1999. You do not have to use clip art. You can go to Canva. You can go to plenty of websites that give you very basic, very cheap — if not free — very simple decks. Just use one. It doesn’t have to change the world. But it can’t be ugly. No Comic Sans font, unless you’re a deeply ironic meme-driven company. And even then, the odds that that joke will land are infinitesimal. So, just don’t have an ugly deck.

Make it really, really, really simple and really easy to read and digest who you are, what the problem is [you are tackling], what the solution is, why you’re the right team to do it, what your traction is, how much you’re raising, [and] maybe a product slide. That’s it. That’s all I need to know. I’ll take the meeting or I won’t. And I say that on behalf of every other VC and angel in the world.

This advice is clear and should help you avoid some common pitfalls. Everything that she said not to do, I promise she’s had sent to her. Don’t be the next thing that gets deleted. Do what she said.

Provide a recommendation in this quick survey and we’ll share the results with everybody.

How to find a co-founder

Look back through everybody you know. This is sort of the same [as] when we get to the friends and family part of fundraising. Really go back and say, Who do I know? Not, Who are my best friends, or who was at my wedding. Take a much broader look. And think about the intern you always sat next to who was an engineer — what are they up to now? Your college roommate’s boyfriend or girlfriend who was a great compsci major. What are they doing now? Tweet about it, reach out on social media, reach out on LinkedIn. I’m obsessed with LinkedIn. If you keep your network up to date, you can literally go search who do you know who’s a computer scientist? First-degree, second-degree connections [are great]. Then just reach out to people and say, Hey, we’d love to chat with you.

Xiaoyun TU Contributor Xiaoyun TU is the global director of demand generation at Brightpearl, a leading retail operating system. She...

For the love of the loot: Blockchain, the metaverse and gaming’s blind spot

Facebook today is announcing the launch of new products and features for business owners, following the threat to its ad targeting business...

Ford said Thursday it will invest another $250 million and add 450 jobs to increase production capacity of its upcoming F-150 Lightning to...

Way back in 2015 we covered the launch of the Atmotube, a small, innovative, portable air quality monitor which went on to receive a number...