Raylo nabs $11.5M to get more mobile users to lease and reuse 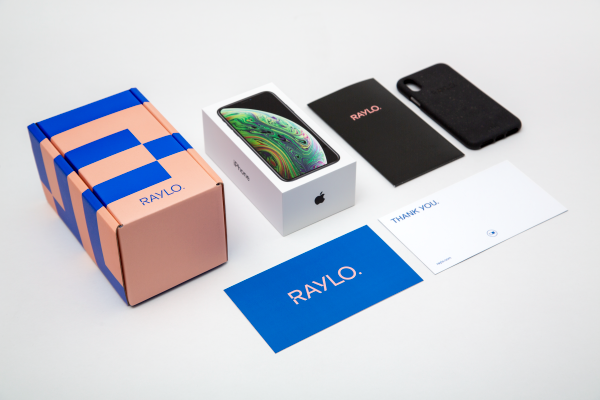 UK-based smartphone subscription startup Raylo has tucked $11.5 million in Series A funding into its top pocket, led by Octopus Ventures.

The equity round follows a debt raise last year — and brings Raylo’s total raised since being founded back in 2019 to $40M (in equity and debt). Its roster of investors to date also includes the Macquarie Group, Guy Johnson of Carphone Warehouse and the co-founders of Funding Circle.

The new funding will be used to charge up a subscription smartphone play that nudges consumers never to own their own mobile device — but just pay a monthly fee to lease a new or refurbished SIM-free device instead.

Raylo says it’s seen 10x YoY growth of customers and revenues, and plans to plough the Series A into accelerating its growth in the UK — including by doubling its headcount and further developing its tech. And while it suggests it’s entertaining the idea of a future global rollout it remains firmly UK focused for now.

Consumers opting to get the latest smartphone hardware through Raylo will pay a lower cost than the full RRP for a device since they won’t actually own the hardware at the end of the contract.

Environmental considerations aside, that may be an increasingly important consideration, given the inflating price of premium handsets like the top-of-the-range iPhone which has broken $1,000 for a few years now.

Plus the fact that most consumers simply won’t shell out so much for a handset. Leasing and returning offers an alternative way for people to get to use such expensive high-end devices.

With Raylo, the leased mobile is typically returned after the end of the 12 or 24-month contract — with the returned device refurbished for reuse via a second (or third) leased life with another user.

End of life devices are recycled (by partners), per Raylo. So it’s touting a circular model that promotes sustainability via device usage longevity vs the more typical upgrade scenario, via a carrier, where a consumer may just toss their old unused handset into a drawer, wasting its further potential utility.

Albeit, many people do pass on old devices to other family members or even sell or trade them in. But Raylo claims there are an estimated 125M smartphones in unused ‘hibernation’ across the UK. So, the suggestion is, plenty of smartphone users don’t bother ensure their old handset gets a second life.

Raylo reckons each of its subscription leased device can be used by a total of three customers over 6-7 years – which, if achieved, would mean a lifespan that it says is almost 2x longer than the UK average (of 2.31 years).

To further the longevity goal, all the phones it supplies come with a free case and screen protector.

Users also need to weigh up whether they want to shell out for insurance too, though, since they need to make sure they don’t damage the leased handset or risk having to shell out for expensive repairs or a non-return fee. (Raylo sells its own flavor of device insurance to users as an optional extra which slightly bumps up the monthly cost.)

Raylo competes with carriers’ own device subscription plans, of course. But again the claim is it’s cheaper to lease its way — although that’s as it should be since the consumer doesn’t own the hardware at the end of the contract (so won’t automatically have anything of value they could sell or trade in elsewhere).

If a user doesn’t want (or fails) to return a device at the end of the contract they have to pay a non-return fee — which varies depending on the handset hardware and how long they’ve been paying for it. But the fee can stretch to over £600 at the premium end — after 12 months of use of a Samsung Galaxy S21 Ultra 5G with 512GB of storage or an iPhone 12 Pro Max, for example.

While consumers that want to continue using the same device rather than upgrading after their contract ends can opt to continue paying their usual monthly fees — with payments continuing up to a maximum of 36 months, after which the non-return fee drops to a token £1.

All Raylo’s leased devices come with a 24 month warranty, under which it says it will freely repair faults not related to user damage or accidents, or else supply a replacement device if the handset can’t be fixed.

Commenting on Raylo’s Series A in a statement, Tosin Agbabiaka, early-stage fintech investor at Octopus Ventures, said: “The subscription economy is rapidly transforming the way we access products and services — yet the smartphone, an individual’s most valuable device, is still locked behind a bundled, ownership-based model. This means most people are trapped in a buy-and-dispose cycle, with a steep financial and environmental costs.

“Raylo solves these problems by offering access to premium consumer devices at lower, subscription-based prices, helping to widen access to the latest technology. By repurposing its devices at the end of their cycle, Raylo is also the sustainable choice in this market and has built a product loved by its customers — the opportunity here is massive, and we believe that [co-founders] Karl [Gilbert], Richard [Fulton], and Jinden [Badesha] have the vision and depth of expertise to transform the way we all access our devices.”

A number of refurbished electronics businesses have been attracting investor attention in Europe in recent years where lawmakers are also considering right to repair legislation.

Recent fundings in the space include a $335M round for French refurbished device marketplace startup Back Market; a $71m round for Berlin-based Grover‘s subscription electronics business; and a $40.6M round for Finland-based Swappie, which refurbishes and sells secondhand iPhones, to name a few.

But the company's debut is not burning up the stock charts. What happened? Alex Wilhelm 8 hours Robinhood priced at $38 per...

Chilean startup Xepelin, which has created a financial services platform for SMEs in Latin America, has secured $30 million in equity and...

Growth is not enough

Hello and welcome back to Equity, TechCrunch’s venture capital-focused podcast, where we unpack the numbers behind the headlines. We...