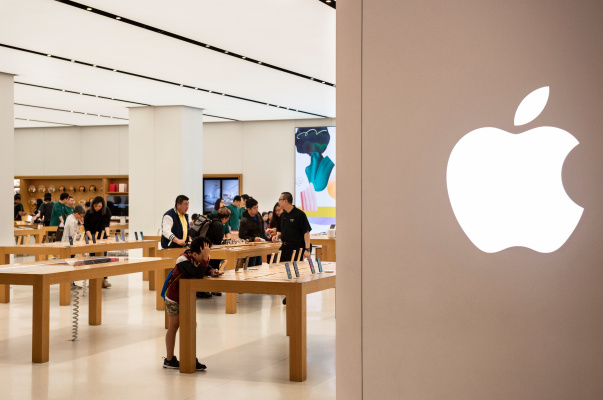 Huawei’s smartphone rivals in China are quickly divvying up the market share it has lost over the past year.

Indeed, 92.4 million units of smartphones were shipped in China during the first quarter, with Vivo claiming the crown with a 23% share and its sister company Oppo following closely behind with 22%, according to market research firm Canalys. Huawei, of which smartphone sales took a hit after U.S. sanctions cut key chip parts off its supply chain, came in third at 16%. Xiaomi and Apple took the fourth and fifth spot, respectively.

All major smartphone brands but Huawei saw a jump in their market share in China from Q1 2020. Apple’s net sales in Greater China nearly doubled year-over-year to $17.7 billion in the three months ended March, a quarter of all-time record revenue for the American giant, according to its latest financial results.

“We’ve been especially pleased by the customer response in China to the iPhone 12 family,” said Tim Cook during an earnings call this week. “You have to remember that China entered the shutdown phase earlier in Q2 of last year than other countries. And so they were relatively more affected in that quarter, and that has to be taken into account as you look at the results.”

Huawei’s share shrunk from a dominant 41% to 16% in a year’s time, though the telecom equipment giant managed to increase its profit margin partly thanks to slashed costs. In November, it sold off its budget phone line Honor.

This quarter is also the first time China’s smartphone market has grown in four years, with a growth rate of 27%, according to Canalys.

“Leading vendors are racing to the top of the market, and there was an unusually high number of smartphone launches this quarter compared with Q1 2020 or even Q4 2020,” said Canalys analyst Amber Liu.

“Huawei’s sanctions and Honor’s divestiture have been hallmarks of this new market growth, as consumers and channels become more open to alternative brands.”