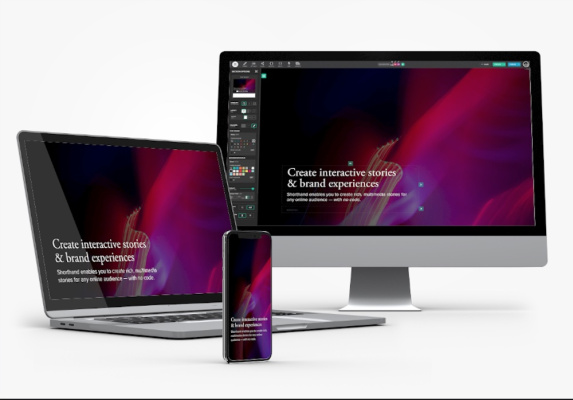 Shorthand, the Australian startup behind a no-code platform that allows publishers and brands to create multimedia stories, has raised $10 million Australian (just under $8 million U.S.) from Fortitude Investment Partners.

CEO Ricky Robinson told me via email that this is Shorthand’s first institutional round of funding, and that the company has been profitable for the past two years.

“We’ve been lucky enough to grow to where we are today through an entirely inbound, organic model that leverages the beautiful content that our customers create in Shorthand to generate leads,” Robinson wrote. “But we’ve been testing other channels with some success and the time is right to ramp up those other marketing initiatives. That’s where we’ll be spending this funding, while also investing heavily in our product to keep Shorthand at the cutting edge of storytelling innovation for the web.”

Those customers include the BBC, Dow Jones, the  University of Cambridge, Nature, Manchester City FC and Peloton. For example, BBC News used Shorthand to create this story about searching for dinosaur fossils.

The Shorthand website extols the virtues of “scrollytelling,” where a reader can trigger interesting transitions and effects simply by scrolling through the story. Robinson suggested that this is a way to make stories feel interactive and engaging “without asking your audience to learn how to interact with it.”

As you can see in the demo video above, Shorthand offers a fairly straightforward drag-and-drop interface for adding different text and media elements, as well as effects. Robinson said that unlike other tools like Webflow and Ceros, Shorthand was designed to be used by editors and writers. And although Shorthand does support the use of themes and templates, he said that’s not enough.

“You need to provide flexibility without making writers get into the weeds of web design or making them use complicated design tools,” he wrote. “The focus should be at the level of story design, not web design, and that’s really what sets Shorthand apart, and it’s why our customers are able to consistently produce highly engaging, award-winning content for their audiences.”

The company also says that demand has only increased during the pandemic, with usage quadrupling in the fourth quarter of 2020 and subscription revenue up 8.8% month-over-month in February of this year.

“The platform offers a rare combination of powerful output and simplicity of use for content creators,” said Fortitude Partner Nick Miller in a statement. “It is clear why the word is spreading about the Shorthand story and what it can do for digital communication.”