China’s tech giants have had a rough time in Western markets over the last few years. Huawei and DJI have been hit by trade restrictions, while TikTok and WeChat are threatened with their apps being banned in the U.S. Overall, Chinese companies with an overseas footprint are increasingly wary of rising geopolitical tensions.

“The first stage is to let ourselves be heard by the world. We have done that,” Li Yongqin, general manager of Indiegogo China, exhorted a room of entrepreneurs. “Next, we will bravely ride the tide and accept the challenge of becoming the brands loved by users around the world.”

For Midea, “crowdfunding gives us a very direct way to understand consumers,” said Chen Zhenrui, who oversees the group’s overseas e-commerce initiative. Platforms like Indiegogo and Kickstarter are ways for individuals and organizations to raise capital from a large number of people to fund a project. In most cases, backers get perks or rewards from the project they fund.

Midea raised $1.5 million last year for a new air conditioner unit launched on Indiegogo, an almost negligible amount compared to the 280 billion yuan ($42 billion) annual revenue it generated in 2019. But the support from its 3,600 backers on Indiegogo was more a proof of concept.

Within a few weeks, Midea learned that a compact air conditioner that saddles snugly on the window sill, blocks out noise and saves energy could entice many American consumers. Like other established Chinese home appliances makers, Midea had been exporting for several decades.

But “in the past, much of our overseas business was in the traditional, B2B export realm. I think we are still far from being a world-class brand,” said Chen.

When Midea first launched on Indiegogo, a user left comments on its campaign page calling the project a scam: How could a Fortune Global 500 company be on Indiegogo?

“Through rounds of communication, we got to know each other. That user gave us a big push,” Chen recalled, adding that Midea used a dozen suggestions from Indiegogo backers to improve its product. 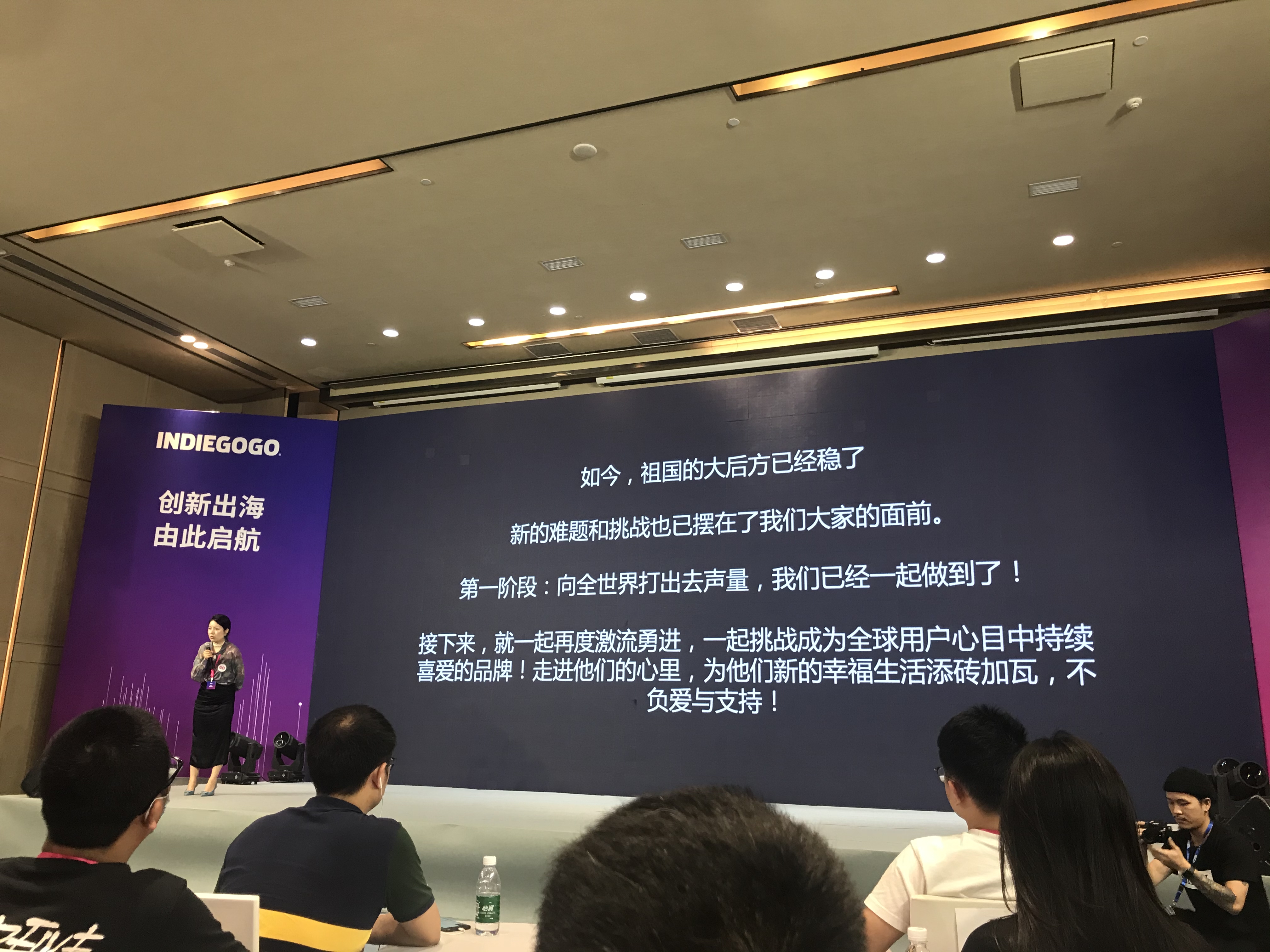 More and more traditional manufacturers from China are giving crowdfunding a shot. Padmate, based in the southern coastal city of Xiamen, built a new earbud brand called Pamu from its foundation as a white-label maker of sound systems.

Edison Shen, a director at Padmate, said that traditional export was getting harder as old-school distributors became squeezed by new retail channels like e-commerce. By creating their own brands and reaching consumers directly, factories could also improve profit margins. Padmate went on Indiegogo in 2018 and raised over $6.6 million in one of its wireless headphone campaigns.

Most of the projects on Indiegogo will go beyond the 9-million-backer crowdfunding site onto mainstream platforms, listing on Amazon as well as advertising on Google and Facebook. Though the core services of these American Big Tech firms aren’t available in China, they have all set up some form of operational presence in China, whether it’s stationing staff in the country like Amazon or working through local ad resellers like Facebook.

Indiegogo itself opened its China office in Shenzhen five years ago and has since seen China-based projects raise over $300 million through its platform, according to Lu Li, general manager for Indiegogo’s global strategy. China is now the company’s fastest-growing market and accounted for over 40% of the campaigns that raised over $1 million in 2020.

Kickstarter, a rival to Indiegogo, also saw a surge in projects from China, which reached a record $60.5 million in funding in 2020. The Brooklyn-based company recently began looking for a contractor in Shenzhen or the adjacent city Hong Kong to help it research the Chinese market.

“In recent years, more Chinese companies are getting the hang of crowdfunding and taking their brand global, so ‘blockbuster’ campaigns [from China] are also on the rise,” observed Li.

In a new letter, attorneys general representing 44 U.S. states and territories are pressuring Facebook to walk away from new plans to open...