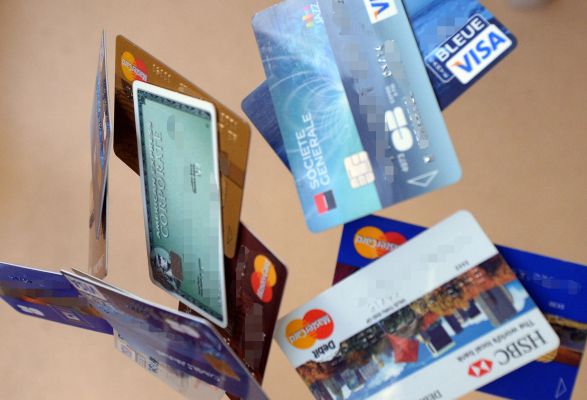 This morning, Ramp, which provides corporate cards and spend management software, announced that it has closed $115 million across two investments, the latter of which valued the company at $1.6 billion.

The Information first reported that Ramp was raising new capital. TechCrunch confirmed the news prior to the company’s announcement earlier today. Ramp raised the capital in two tranches, the first of which, a $65 million investment led by D1 Capital Partners, valued the startup at $1.1 billion. A $50 million investment led by Stripe, the online payments giant, pushed its valuation to $1.6 billion.

On a call with TechCrunch, Ramp CEO and co-founder Eric Glyman was demure about the valuation differential between the two investments, only noting that different investing groups can have different assessments of the value of a company. TechCrunch’s read of the two-part fundraising event is that Stripe likely saw Ramp’s growing scale and wanted to put capital into it but had to pay a higher price for coming in after D1 had already written a check.

Regardless, Ramp’s latest capital raises are a multiple of the amount it last raised when it pursued primary funds, namely its $30 million December, 2020 round. The company raised twice in 2020, and once in 2019. More recently, Ramp secured a $150 million credit facility to help it support growing spend volume from its corporate customers.

Ramp provides corporate cards to customers, wrapped in software that helps companies track and manage overall spend. As part of its news today, the startup shared that it is “nearing” a transaction run rate of $1 billion. Glyman confirmed to TechCrunch that the metric was calculated on a month’s volume multiplied by 12, a reasonable method of determining the figure.

The company’s spend run rate grew by around 400% in the last half year.

Ramp’s new capital, debt and valuation gains that it has managed thus far in 2021 may help it navigate competitive waters. Its rivals — Brex, TeamPay, Divvy, Airbase and others — are also well-capitalized and hungry to take an ever-larger chunk of the world of corporate expense under their belts.

Ramp, like many of its rivals, makes money by collecting a small slice of customer spend as revenue via interchange incomes. TechCrunch asked Glyman if he has plans to start charging for the software that Ramp currently provides its customers for free, as some of its rivals do. The CEO declined to guide us further than our own hunches.

TechCrunch reckons that while growth remains strong at Ramp and its fellow zero-cost corporate spend providers, they’ll stick with their current model. In time, however, we expect surviving players to ask their customers to pony up for at least part of the software stack that they currently receive for free.

The possibility is accentuated by the fact that Glyman told TechCrunch that his customers are removing existing software like Expensify in favor of Ramp’s own code in some instances. That means that those companies have spend budgeted that Ramp and others are not accreting to their own books.

And Ramp is not slowing down its product work. Almost all of its new capital, per Ramp’s CEO, will go into product work. The roughly 100-person company closed 2020 with around 65 people, and plans to continue doubling its headcount every six or eight months, according to Glyman.

Finally, what to make of Stripe on the Ramp cap table? Stripe itself has a corporate card and spend management product, and was picky when one of its backers put capital into a company that it construed as a rival. According to Glyman, the decision to take investment from Stripe came down to whether his team wanted to work with the larger company — they did — and whether they trusted the payments giant. He decided to. Stripe did not receive a board seat as part of its investment.

Perhaps we’ll see Ramp move its backend off of Marqueta and over to Stripe’s own? Or perhaps Stripe subsumes Ramp at some point in the future. We’ll see.