Gift Guide: 7 great gifts for anyone working from home

Let’s just get this out of the way: For the past several years, I’ve contributed the “Best Gifts for Frequent Travelers” segment to TechCrunch’s annual gift guide. I love it. It was easily my favorite gift guide to write, and it was an audience favorite, as well. But I am no longer a frequent traveler. I’ve left New York City exactly once since March. Odds are that special person in your life isn’t traveling much, either.

So, in honor of this new sedentary life to which we’ve all grown accustomed over the past eight or nine months, I’m bringing you the polar opposite. This, friends, is the gift guide for those who have come to carve out office space in their homes. For everyone who’s come to blur the important lines between work and personal life.

The transition hasn’t been an easy one for everyone, but here are a handful of gifts that can help ease the transition and make someone’s home office a…well, a home, I guess. They’re not necessarily the most fun gifts, but odds are someone in your life can really use them.

This article contains links to affiliate partners where available. When you buy through these links, TechCrunch may earn an affiliate commission. 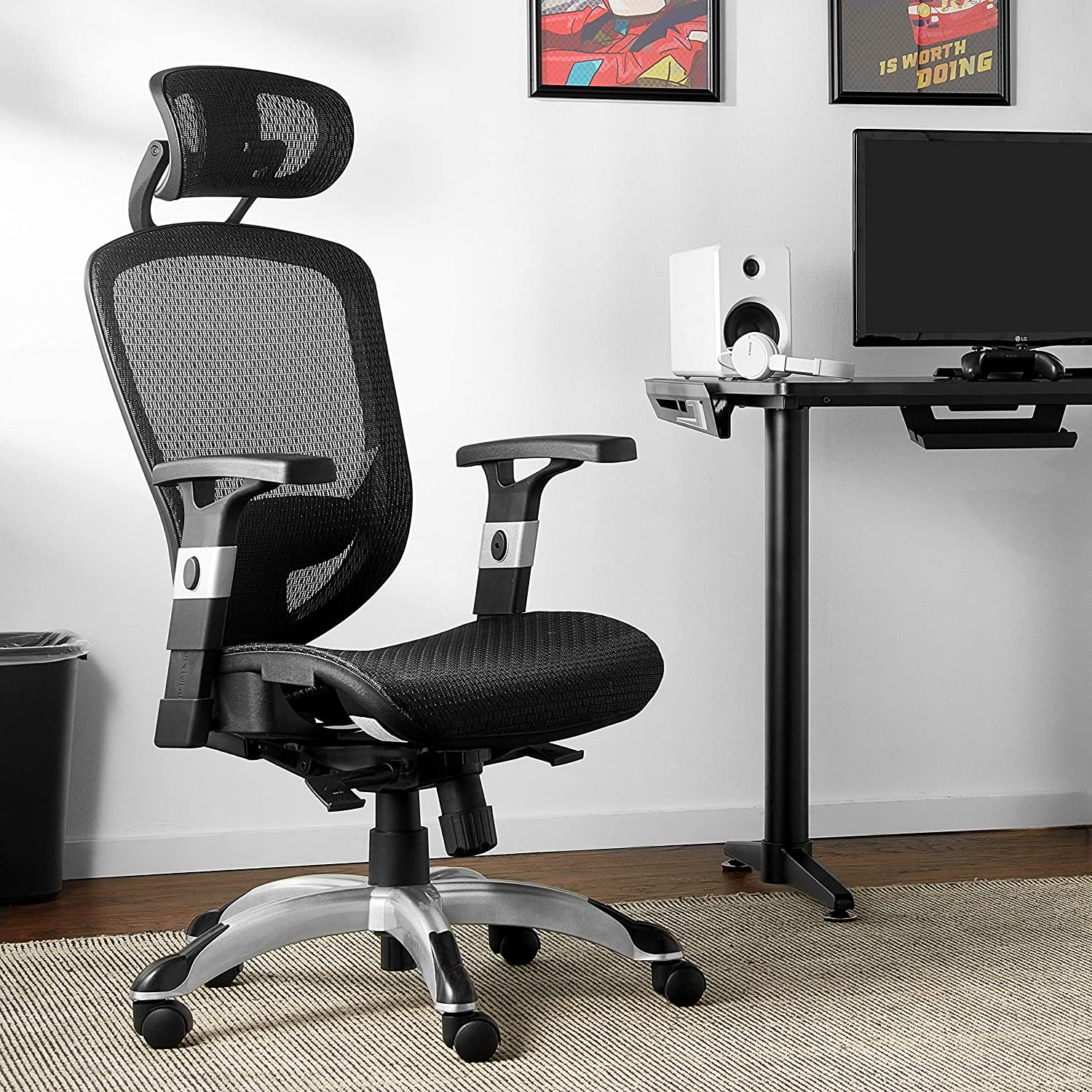 I never truly appreciated the value of a good office chair until this pandemic. I’ve been lucky to work for a corporation that considers Herman Millers a necessary expense. I honestly can’t remember which manner of ratty Amazon bargain bin chair I had held onto for the last several years, but a month or two into this, I rolled it into the donation pile.

There’s truth in the conventional wisdom that you get what you pay for when it comes to office chairs. And, indeed, it’s an investment. But there are deals to be had. I didn’t spend an arm or leg, so I’m not going to encourage you to. After a good amount of research, I landed on this beast from Staples. It’s big and comfortable and offers great full body support that won’t leave you sore after eight hours in front of the computer (I mean, do get up and move around at least once an hour for your health and sanity). 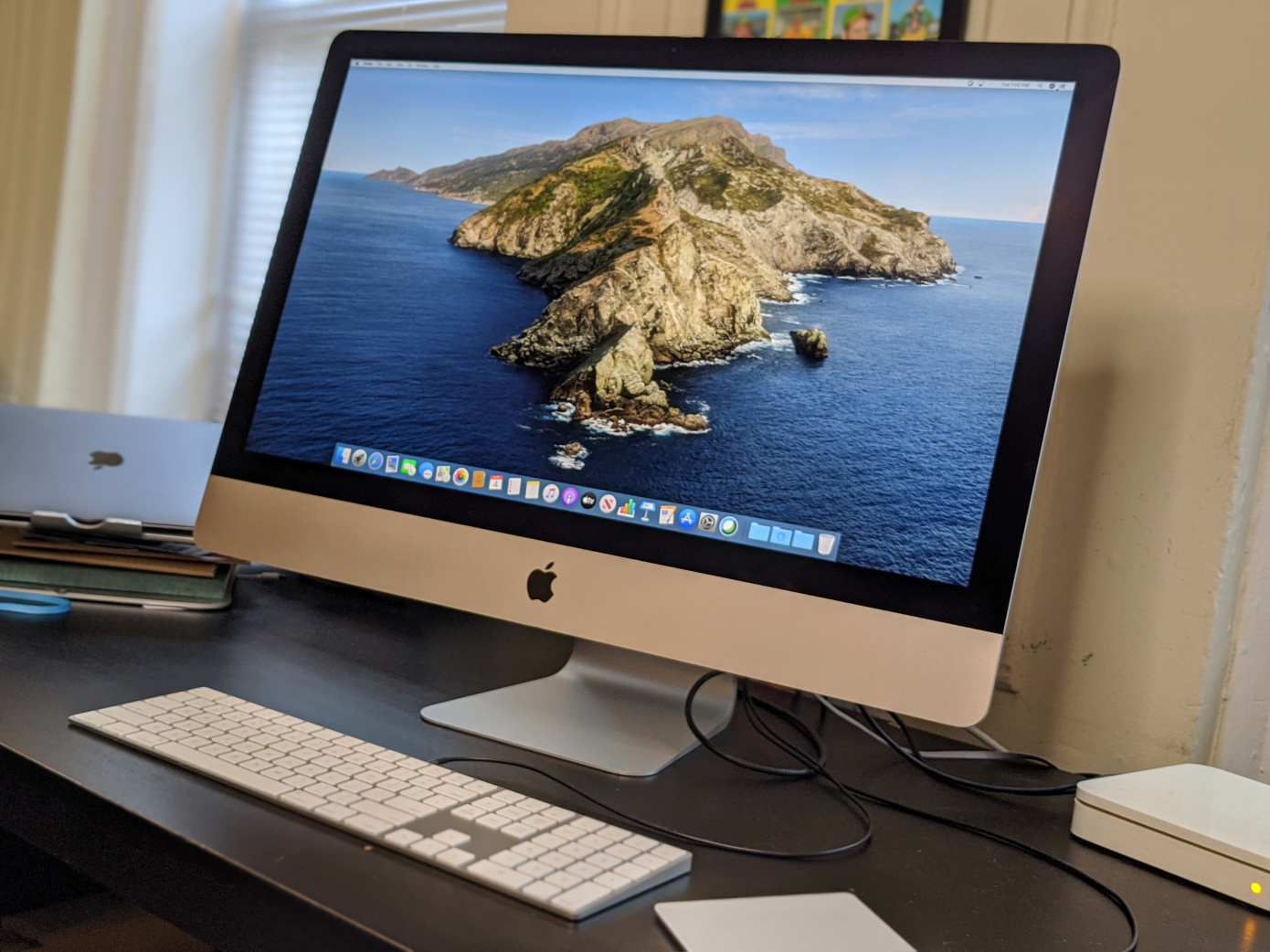 Remember how I told you I wasn’t going to encourage you to spend an arm and a leg on the chair? Well, consider this a gift for the person in your life who was really good this year. If a good office chair is an investment, a computer is a lifeline. I wouldn’t recommend an iMac for, say, a 3D designer, but for many or most, you can’t really argue with ease of use for Apple’s all-in-one.

Apple refreshed the system earlier this year, with some improved features, including, notably, an improved webcam — that’s obviously an important upgrade these days. There are no external monitors to deal with and minimal futzing required out of the box. There is, of course, a big Apple Silicon redesign coming in the next year or two, but that won’t do you a whole lot of good in the meantime. 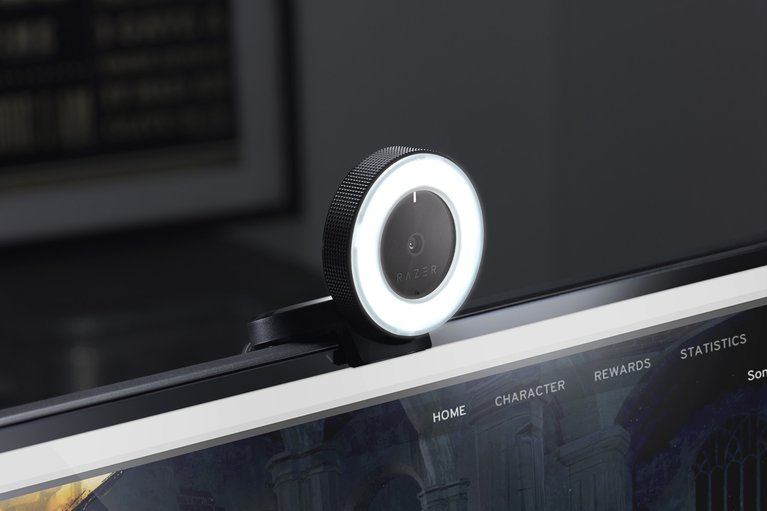 Much like the office chair, Webcams were one of those those things I really didn’t pay much mind to before the pandemic. But the truth is this: Built-in webcams, as a category, suck. There are exceptions to this, of course, but unlike with smartphone makers, cameras have nearly universally been an afterthought with PC manufacturers. I do suspect there’s a good chance this will finally shift in the next year or so, but for now, you really want to avoid using your computer’s built-in camera for those important Zoom meetings, if you can.

There are a ton of options out there, and you can get a decent webcam at a decent price — Logitech is usually a pretty solid choice. This time out, however, I’m giving the prize to Razer. The gaming company has delivered a clever and versatile camera. It’s got an adjustable clip/stand, can capture video at 1080p @ 30FPS / 720p @ 60FPS and, best of all, there’s a built-in light ring. It’s not going to replace a pro-level camera set up, obviously, if they do a lot of conference appearances or frequently appear on CNN. But if they’re looking to liven up a Zoom call or two, this is a solid choice. 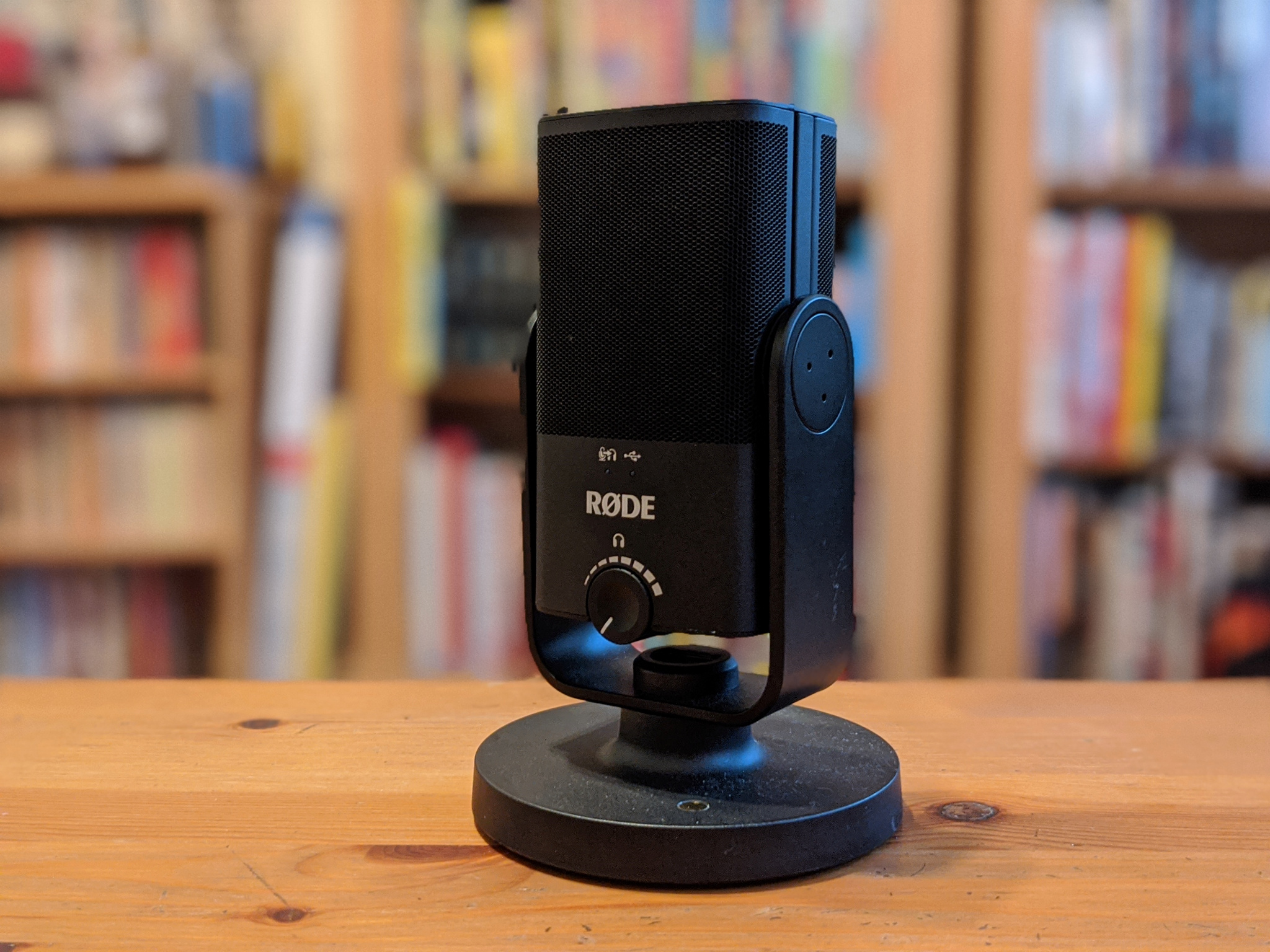 Okay, so, as a longtime podcaster this is something I’ve been thinking about well before the pandemic started. The truth is a decent set of headphones should double as an okay meeting mic. But if conference calls are central to work days, a good mic is a great way to up that game. And hey, everyone’s starting a podcast these days, right?

RØDE has some great USB mic options. The NT-USB Mini wouldn’t be my first (or probably even tenth) choice for podcasting. But its price and size make it a nice option for augmenting meetings and other calls. It also has the advantage of size and a removable stand that will make it a good travel companion if we’re able to travel again. 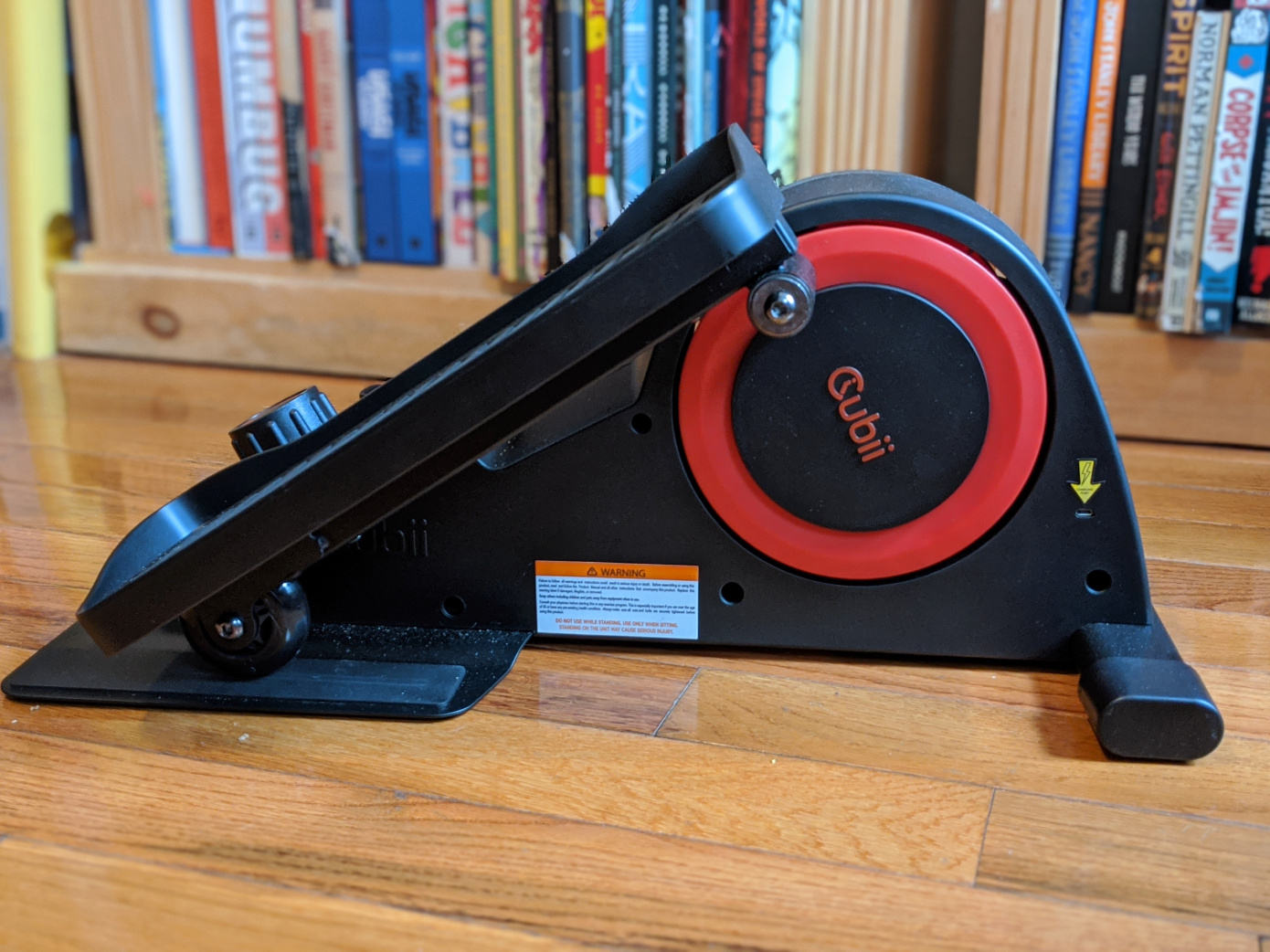 Living in Queens at the height of the pandemic in New York — and dealing with my own personal health issues — I basically didn’t leave my apartment in April or May. Cubii’s sit down elliptical isn’t a replacement for full-body exercise, but it’s a nice supplement, if you’re housebound for any reason.

Pedaling-in-place with the Cubii Pro

I might have to put it under my desk again as the weather starts getting cold. There’s a mobile component, as well, that tracks progress and integrates it into third-party trackers like Apple Health. 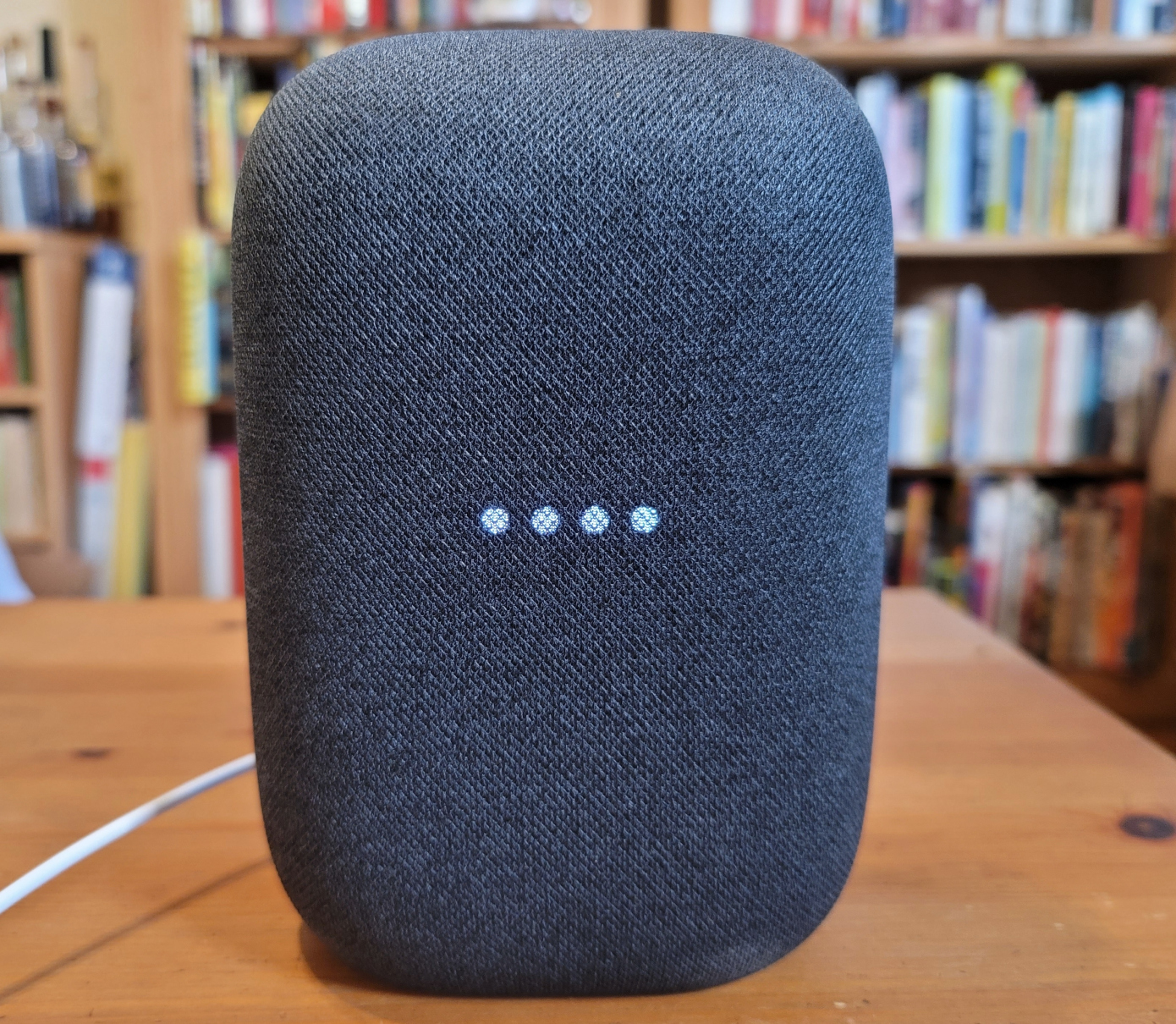 Headphones are necessary for working from home, but I’d also recommend getting a semi-decent speaker for your desk. A smart speaker is likely the path of least resistance for listening to streaming services like Spotify, and Nest Audio is probably the most well-rounded of the bunch. Google Assistant is great for all of the smart stuff and the new hardware sounds really solid. 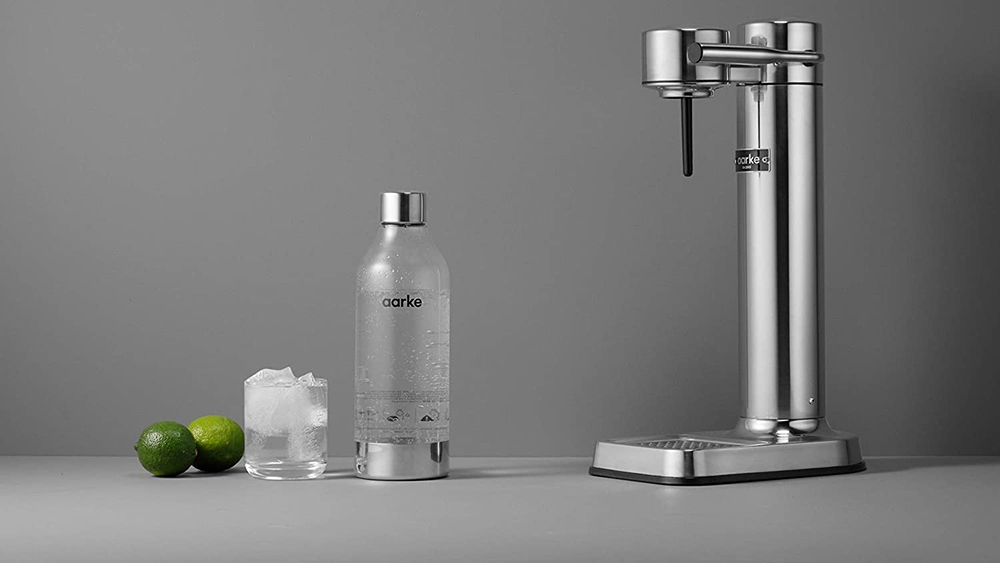 Did I need to spend $200 on a seltzer maker? No, of course not. Do I regret spending $200 on a seltzer maker? Also no. Aarke’s system looks great, has a solid build and pulling down that hand crank is decidedly satisfying. Hydration is important, friends. Honorable mention to the LARQ UV disinfecting bottle. You’ll need something to drink that carbonated water out of, after all. 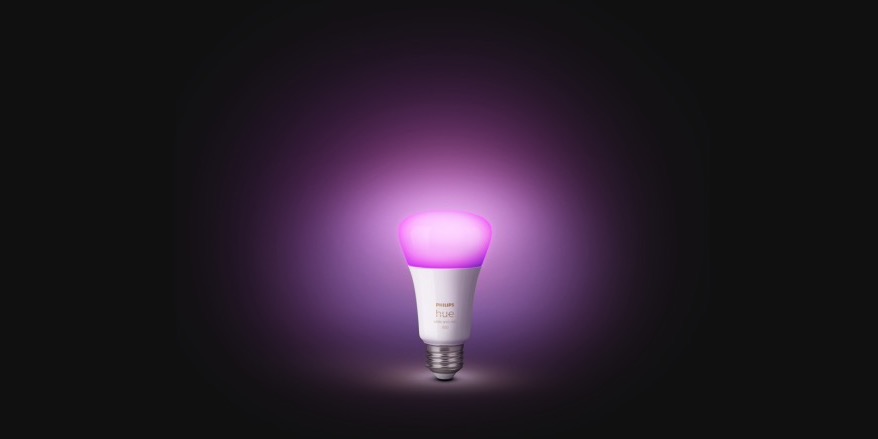 Bonus entry, this one from TechCrunch Editor Greg Kumparak:

I’ve been working from home for a few years now, and honestly the most important change I’ve made this year is vastly improving my home office’s lighting situation. Lighting — both natural and artificial — is hugely important to how we feel throughout the day, and being able to customize the lights to your exact likings is one of the huge plusses of working from home. No more awful flickering fluorescent lights! Want to make the lights purple and blue? You do you.

Smart lighting lets you do fancy things like shifting the colors to those that make you feel alert/productive, or dim them as evening approaches. During the California wildfires, when smoke and haze dyed the sky a terrifying orange, I shifted all of my lighting to be way more blue than it otherwise would be to help my brain realize it was the afternoon and not, as it seemed, an impossibly long sunrise.

Philips Hue bulbs are a solid pick, generally. They offer a ton of flexibility and options, the downside being that they’re generally on the more expensive end. I also don’t expect Philips to drop support for the Hue line or go out of business any time soon. New competition has been entering the market at lower price points, but my hesitation there is always how well they’ll be supported in the years to come.

If they’ve already got other smart lights around their house though, try to stick within the same brand. It makes things considerably easier to not have to deal with new hubs, apps, etc.