Apple will announce the next iPhone on October 13

Apple just sent out invites for its upcoming hardware event, all but confirming the arrival of the next iPhone. The event is scheduled nearly a month to the day after its last big event, which gave us the Apple Watch Series 6 and two new iPads.

A new iPhone was conspicuously absent from the proceedings — not an entirely unexpected turn of events, of course. CEO Tim Cook confirmed earlier this year that there would be a delay in the arrival of the company’s new flagship, owing to COVID-19 hardware supply chain issues. 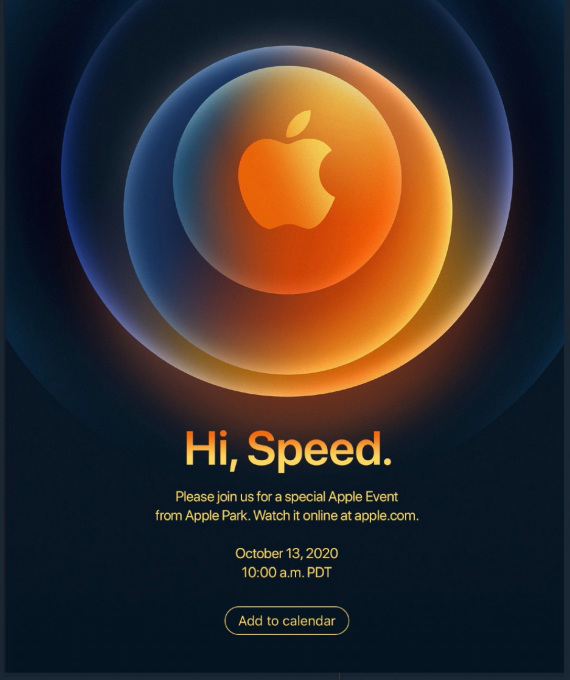 The iPhone 12 is set to finally deliver 5G connectivity to Apple’s product line, coupled with a new design, chip and a push to OLED for all entries in the line. There are expected to be three new models in all, ranging from 5.4 to 6.4 inches. The company will, no doubt, also be using the occasion to release additional hardware. Audio seems like a pretty obvious addition — perhaps we’ll finally be seeing the company’s long-awaited over-ear headphones, the AirPods Studio.

The event kicks off virtually at 10 AM PT. As ever, we’ll be bringing you the news live.

Here’s everything Apple revealed at its September hardware event