French startup Exotec has raised a $90 million Series C round led by 83North, with existing investors Iris Capital and Breega also participating. Other existing investors include 360 Capital. The company has been working on semi-automated warehouses for e-commerce clients.

The system is based on tiny robots called Skypods. They roam the floor and go up and down racks to pick up standardized bins of products.

The company also provides logistics software to coordinate all those robots through the warehouse. As you scale, you can add more robots and more racks without any downtime.

It’s not going to replace humans altogether, as you still have to pick up goods from the bin and pack stuff. But human operators can stay at a workstation while robots take care of all the roaming.

You can use a Skypod to pick up goods but also to replenish bins. The idea is that you never have to enter the Exotec area. It’s a robot-only zone.

In addition to productivity gains, you can also increase your storage capacity by switching to Exotec thanks to tall racks and narrow aisles.

The company now has teams in Atlanta and Tokyo — it plans to produce 4,000 robots per year by 2021. Everything is manufactured in Lille, France in a 6,000 square-meter plant. The company currently has 14 running systems around the world. Clients include Carrefour, Leclerc, Cdiscount and Fast Retailing (Uniqlo). 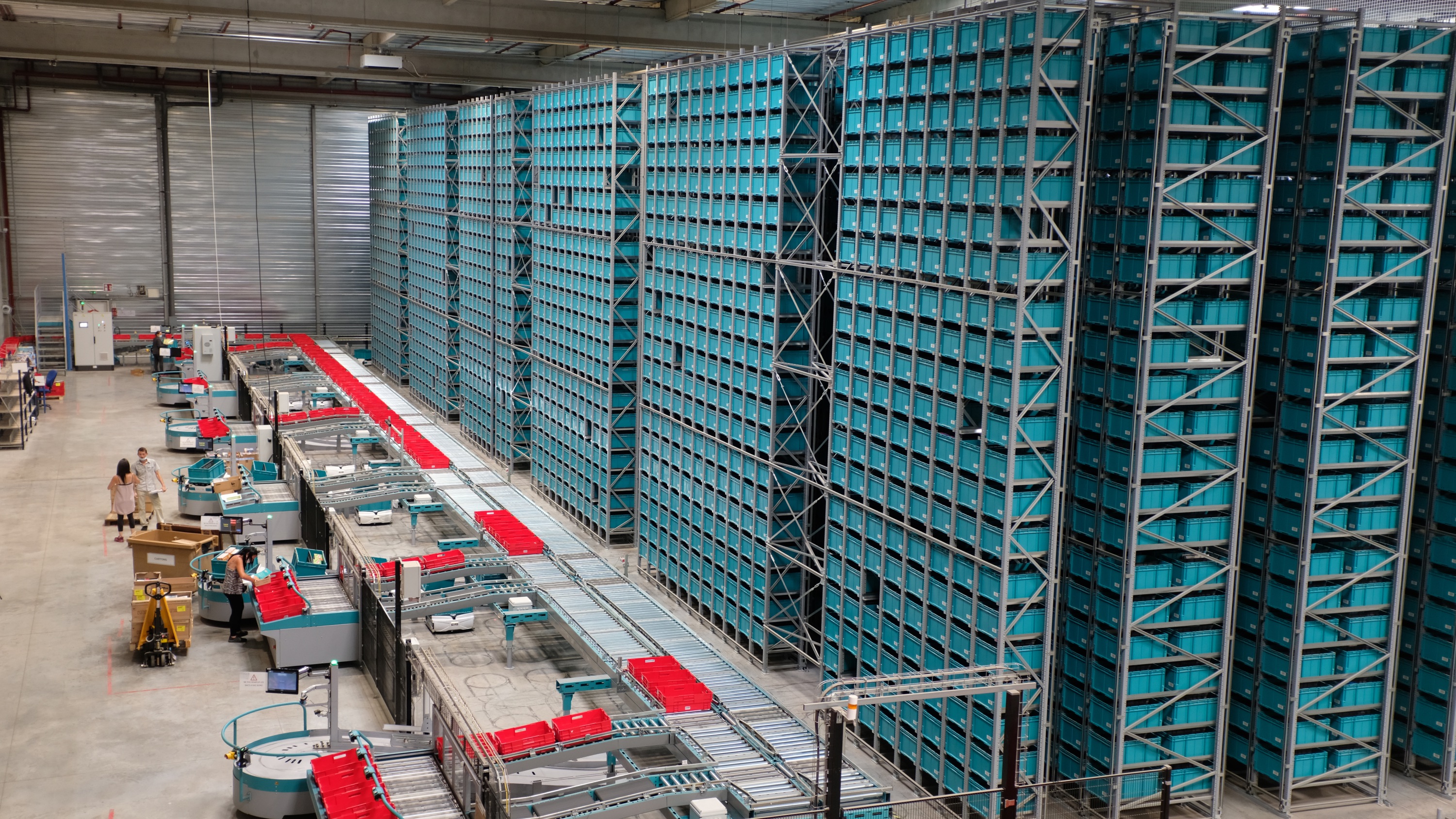